skip to main | skip to sidebar

How did Gingrich win South Carolina?

Less than a week ago Republican presidential candidate Newt Gingrich was way back in the polls in South Carolina. How did he turn his situation into a storming victory?

Republican presidential candidate Newt Gingrich entered South Carolina having seen a virtually impossible increase in the polls in the last week. It wasn’t that long ago that Gingrich, according to some polling companies, was more than 20 points behind the nomination favourite Mitt Romney, yet he began Saturday’s primary as a frontrunner.

Republicans who are not Mitt Romney have enthusiastically maintained their “anyone-but-Romney” style of campaigning, but it was Gingrich’s performance in a CNN debate on Thursday 19 January that really pushed his advantage (and not for the first time). Earlier on Thursday, ABC published an interview with Gingrich’s second ex-wife in which she claimed that he asked her for an open relationship, so that he could shack up with the woman who is now his current wife, Callista. John King of CNN, who moderated the debate opened by asking Gingrich about the interview and Gingrich played a masterful hand in spinning it right around into a criticism of the media. Both right and left leaning political folks in the USA believe the main-stream media is prejudiced against them, and Gingrich’s lambasting of King, CNN and the media in general got the debate crowd onto its feet in a rousing spate of applause.

Gingrich also successfully fended attacks from former Pennsylvania Senator Rick Santorum (who was declared the winner of the Iowa caucuses after results were reviewed) while managing to land enough punches on Romney. Romney’s detractors have found ammunition lately as they have discovered he is very uncomfortable talking about how wealthy he is. Rick Santorum has managed to own the working man point of view, as one would expect from a man who represented Pennsylvania, and Gingrich and Ron Paul don’t visibly have anywhere near the $200 million-plus that Romney is supposed to be worth. This all began when opposition candidates began asking Romney about when he planned on publicising his tax returns, ironically, a tradition started by George Romney, his father. For a few days in a row, Romney has flubbed answers about releasing his taxes, which would open up questions about his income, and eventually he dropped “I am not going to apologise for being successful!” at Thursday night’s debate. A line which resonates among rich people, but may not have amongst all of South Carolina, which has an unemployment rate above the national average. In contrast, Gingrich is not as prone to unleashing a terrible soundbyte as the man from Massachusetts; during the campaign Romney said the near $400,000 he made from speaking “wasn’t much”, asked another candidate to make a $10,000 bet, said he liked firing people (while the USA battles unemployment) and so on.

Romney’s opponents have also used his career in the private sector, at Bain Capital, as a jobs-destroyer: notable in South Carolina as GS Industries, based in the state and bought by Bain Capital in 1993, ended up going bankrupt while Bain went off with a tidy profit. While this incident itself doesn’t really denote Romney’s attitude toward capitalism or business in general, it is an easy pounce for Gingrich, Santorum and Paul, and their super PACs (Super political action committees, organisations which support a certain candidate but face different electoral laws than the official campaigns).

Many people cited John McCain’s success in South Carolina in 2008 when he successfully won the nomination to face Barack Obama in the election, and assumed that McCain’s moderate conservative views may have meant success for Romney.  However, South Carolina is supremely proud of its US military heritage. McCain served and was a prisoner of war. Romney was not. In fact, Ron Paul is the only candidate left who has any military experience at all, so it is very possible he could have benefited from this.

Gingrich’s success in South Carolina proved two things: Romney is going to struggle in conservative states, and the televised debates are very important.

The next debate on Monday, in Florida, the most unpredictable state in the US, will be superb television. Mitt Romney has two days to make sure he’s on the right side of it.

Huntsman's mistake to leave out Iowa

I found an interesting little piece on Politico, a piece of it is below, about how ex-Utah governor Jon Huntsman may have played his strategies really badly coming up to the Republican presidential nomination vote in New Hampshire. New Hampshire is a state which should favour the middle-of-the-road Republicans which are pretty limited to ex-Massachusetts governor, and favourite for the nomination Mitt Romney (who boasts a storming poll lead) and Huntsman.

Huntsman centered his campaign around doing well in New Hampshire, and totally dismissed his own chances in Iowa, where social conservatives run the roost. Now, while no one could really have expected social conservatives to unite behind ex-Pennsylvania senator Rick Santorum, had Huntsman thrown his lot into Iowa, it would have pinched votes solely from Romney, weakening his entry into New Hampshire.

Artur Davis, a former Democrat congressman for Alamaba spells it out nicely here in Politico:

The decision to bypass Iowa looms largest: it’s likely that Huntsman’s active presence there would have pulled enough votes from Mitt Romney to leave him wounded in third place. Crippling Romney was always Huntsman’s pathway in New Hampshire, and Huntsman seemed not to recognize that Iowa was the place to do it.

Something to ponder when Huntsman shuts shop after he takes a pasting at the opening primary on Tuesday (10 January).
Posted by Simon at 11:14 pm No comments: 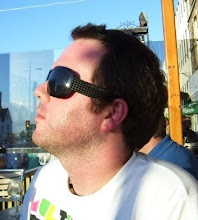 Simon
Hong Kong, Hong Kong
It is quite something to be so remarkably smart and perceptive.